Self Piloting Ships and the Long-Term Investment of the Future

Google and Rolls-Royce are Partnering for Self Piloting Ships
One of the most popular stories to come out in recent weeks has been that Rolls Royce and Google are partnering up for a line of personal, self-piloting ships for the future. This has come as a major turn because while Rolls Royce has created some ships in the past and Google has some experience with self-piloting cars; this is a mutual breach of territory for both parties involved. 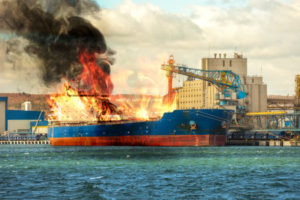 Atop that, it has become an increasingly exciting endeavor for many people who want to own ships but simply don’t know how to operate them. Considering how many people buy ships and the usual investment they make, this could prove to be a huge market changer for Google and Rolls.

But one of the more interesting tidbits about this story is not the fact that Rolls Royce is making a ship, but that they are choosing Google to be their partner. One of the hotter options would have been to partner with Tesla, and additionally, there are countless self-piloting startups that are existing out there, so why would you choose Google?

Why is Google the Best Choice for Self Piloting Ships?

Not only does Google bring wealth, experience, and name recognition to the plate, but they also bring Blockchains. (Read more about our article on blockchains.) 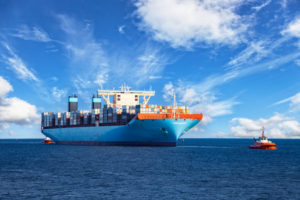 We mentioned in the last article that block chains are packets of information sent between multiple computers to manually automate each step that goes along with automating a process.
Not only can blockchains bring a form of currency with it, but it also brings an extra level of validation. Many people who want to invest in automation are also wanting to invest in a blockchain to go with it. When it comes to automation and packet switching, Google is the best people in the game.

Can you create an autonomous ship without blockchains?

Self Piloting and autonomous processes need block chains because that’s simply how the bots that run the system work. There isn’t one bot in a boat steering and acting as captain. There is one coordinating thousands of little processes that are constantly reporting things such as time, speed, location, chop, water conditions, and so on and so forth.

Knowing that blockchains are the future of automation only proves that as more people are getting into automation, there will be in essence, fewer blockchain companies with larger networks within their system.