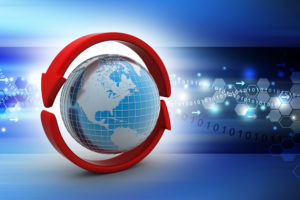 We’ve only recently realized the first time the United States sees a written response from the European Union about retaliatory measures. The European Union has warned the U.S. that if they impose tariffs on the automotive industry, not only will it hurt their economy, but the EU will impose taxes of their own.

Initially, the taxes they announced would take place were toward $3.2 billion of products. The goods include motorcycles, boats, whiskey, and peanut butter. This was only enforced after the U.S. announced taxes on imported steel and aluminum products. If the tariffs go through, the U.S. can expect to feel the repercussions as well.

Between the United States and the European Union, they trade just over $1.2 trillion each year in goods and services. The second round of 160 products of American exports includes sunbeds, paper towels, corduroy pants, and porcelain tableware. Those goods are expectedly worth $4.3 billion a year could be next on the chopping block if there’s nothing quickly resolved. Other exports like jeans and bourbon will experience a 25% tariff from the EU along with cranberries, orange juice, sweetcorn, and peanut butter.

The repercussions of the ongoing disagreements between the U.S. and the European Union would include harm against trade, growth, and jobs in the U.S. and abroad. EU Trade Commissioner Cecilia Malmström says the EU isn’t seeking any issues with the United States; they are merely responding to what Trump is announcing from Washington, D.C.

The EU could retaliate against products worth up to $300 billion of U.S. products. The United States automotive sector could be facing a loss of 4 million jobs. There is a meeting set in the future to happen with the EU commission president traveling to Washington D.C. organized by the Department of Commerce on July 19th.

Experts within the industry have warned that the European Union’s retaliation tactics could encourage Trump’s administration to strike with more taxes resulting in another round of acceleration. The relations between the U.S. and the European Union could have a ripple effect on trade, growth, and jobs in the United States.