Are Fuel-Run vehicles Running out of Gas?

The spark that Tesla lit over a decade ago is about going off. It seems that everyone in the world is finally grouping to go green in a big way. Whether or not that means we will ever live in a fuel-free world is a separate question, but it means we will be bringing in less fuel from separate countries, possibly putting strains on their economies.

How Vehicle Manufacturers are Going Green 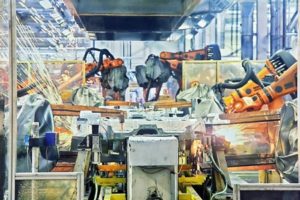 GM has promised to bring in 20 all-electric vehicles by 2023, including two within the next 18 months. This type of the first-step initiative is sought after, especially since they will be trailing behind Ford’s announcement even thought they are already ebbing them out of the market with the Chevy Bolt and the Chevy volt, which is widely-regarded as the most accessible hybrid and EV right now.

Nissan is the leader of the all-electric car; the Nissan Leaf can be seen on the road more often than Tesla at this point. However, Nissan, Renault, and Mitsubishi have announced a merger to launch 12 new electric-only vehicles by 2022. This will be an interesting angle to take because Mitsubishi undoubtedly will bring a sports and competitive edge to the electric market. 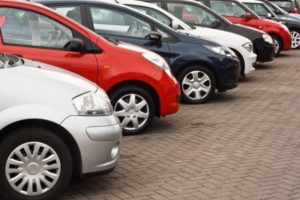 Volvo has made the most drastic initiative into the EV market. They announced that 2018 would be the last year they offer combustion engines. From 2019 on, all of their cars will be electric only or hybrids.

India and China are already in competition to see who can get the most solar panels up by the end of the year and while the race is close, the differential between the two of them is still much more than most other countries are even attempting to put up. But now they are taking their initiative off the forests and onto the roads.

China has commissioned dozens of automotive manufacturers to create EV only vehicles to ensure a stranglehold on the market in the country. Additionally, India is making a push to be an only EV-Country by 2030 to curb emissions completely.

All of these initiatives are doing great things for the world, and they are also bolstering the kind of healthy competition that the world needs for positive trade movement. Expect some industries to starve during these times such as gas stations and gas prices, but now is the time to get into technology and solar power.