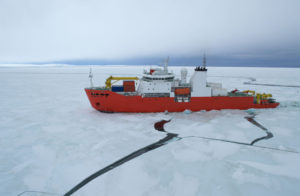 Is Arctic Maritime Travel a Possibility?

But what does this mean for international transport?

This shows that there is a possible newer and faster route opening up for possible freight transport.

Let’s take a closer look at what this means as a whole for the international shipping industry.

Maritime Traffic in the Arctic

Though maritime traffic already exists within the Arctic, this primarily consists of bulk cargo vessels transporting natural resources. The Christophe de Margerie opens up many new possibilities for international transport.

The benefits of using this route are pretty evident, its length. Because of its location at the northernmost part of the Earth, the traveling 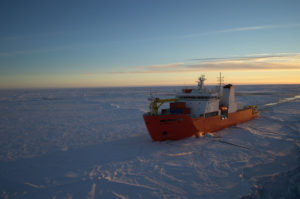 distance is condensed, allowing for a more direct traverse to become transported. The Northern Sea Route taken by some of the most significant manufacturing countries and continents such as the U.S., Russia, Asia and Europe. With that the amount of fuel these countries consume to transport their goods will go down, leading to a decline in fuel costs.

The drawbacks are pretty evident too. The Arctic is as unforgiving an environment as you can get. With temperatures dropping to around negative one hundred, this can damage the machinery powering a ship. This alongside much of the Arctic still being filled with thick ocean ice means the environment is doing everything it can to halt the ship’s travel. The ice floes that exist in the Arctic are unpredictable and can impede a ship’s voyage through the Arctic. All of these elements can also endanger those aboard the boat, causing injury and fatigue to be a worrisome possible side effect.

The world of technology is changing and advancing every day. With new ships being modeled and built in the same vein as the Christophe de Margerie the future of expedited maritime shipping can lead us north, to the seas of the Arctic. Commercial transportation is viable through the Northern Sea Route.

Looking for a Customs Broker?